Why tight cropping can cause problems

What you need to know

The issue with trimming is a problem that all magazines and books face when images "bleed" out to the page edge. The solution is always the same – for the page designer to keep important details well away from areas that could be trimmed in production.

When you're designing pages in Workspace, Photosafe Guides will indicate or hide areas of the image that may be trimmed away or concealed*. These are just a guide and it is always better to leave extra space to avoid problems. Some examples:

*Warning: Other software will probably not offer these guides, so please take extra care. 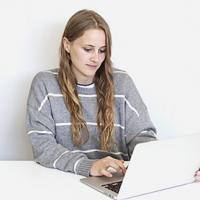